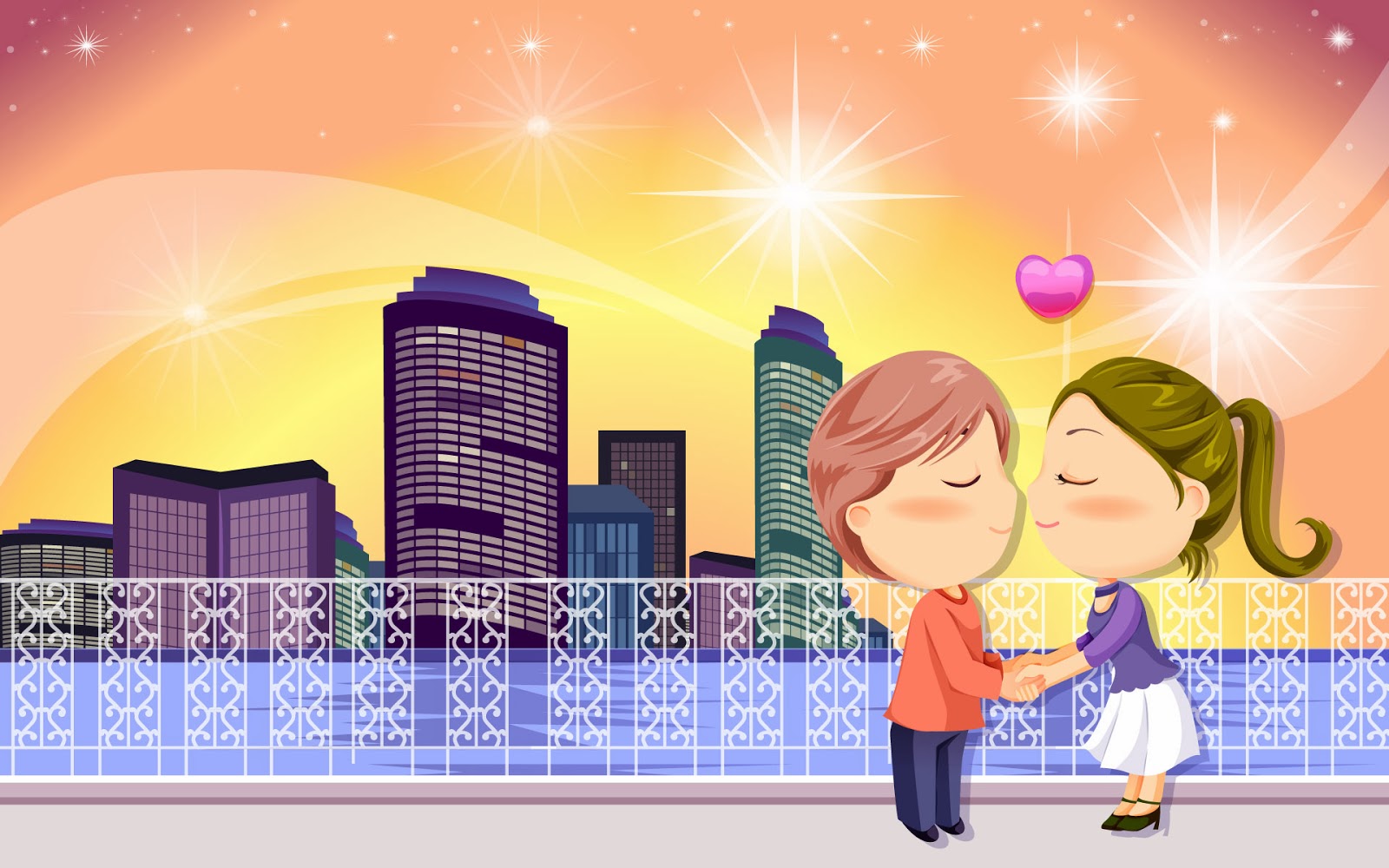 "What a person desires is unfailing love"

I can't forget this silly simple definition of Love I heard or probably read somewhere awhile ago. "Love is the feeling that you feel that you have never felt before". Of late, I've been looking for love o! Una help me o!

Anyways back to my love hunt story, How am I supposed to experience this feeling o??! Bump into a stranger at the bank? Pretend that my car developed a fault on the road and wait for a handsome gentleman to pass by? (as is the case with most Nollywood movies) or be innovative or is proactive a better word and grab the "bull by the horns"? I am actually tired of seeing a lot of crap all in the name of offering relationship and love expert advice.

Anyways, I think I've found him...*scrap that* I know I have found Him or better said I know he has found me *love struck*

I think C.S Lewis knew about us sha.
Because he summed up my love story when He wrote

“God made us: invented us as a man invents an engine. A car is made to run on petrol, and it would not run properly on anything else. Now God designed the human machine to run on Himself. He Himself is the fuel our spirits were designed to burn, or the food our spirits were designed to feed on. There is no other... God cannot give us a happiness and peace apart from Himself, because it is not there.”― C.S. Lewis, Mere Christianity

So that is how someone I respect and used to "salute" hurt me in a bad way recently. I actually thought I had forgiven her and moved on but recent events have proved otherwise. I truly want to let go and move on. Shebi it has happened and there's nothing I can do about it right? Forgiving should be a piece of cake but it hasn't been. I blame it on the major falling of my hand by her and the indirect way in which it was delivered (which deprived me of doing the whole confrontation and get-it-off-my-chest routine).  Oh well! I'm learning to forgive her all the same... its a gradual process... God is helping me...you see I smiled as i wrote and thought about her just now (Progress baby!!!) 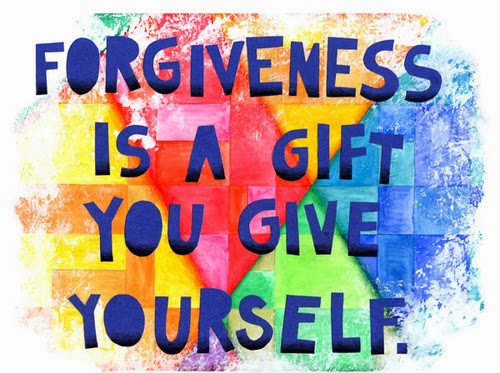 In other news, the Love day is around the corner...usually associated with a lot of PDA's or if you are in Lagos... get ready for another round of  extravagant Red and White mismatched attires (last year the red and white everywhere was over the top and irritating ).

Anyways, this picture below summarizes my plans with Le boo *winks* 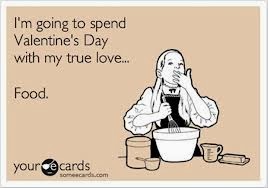 Blogsville Pay it Forward originated from YSU and I got it from Lady Ngo,  So i'm doing this too:

*The first 5 people who comment on this blogpost with "I'm IN", will receive a surprise from me at some point in this calendar year - anything from a book, a ticket, a visit, something homegrown or made, a postcard, absolutely any surprise!
These 5 people in turn must make the same offer in their blog and distribute their own joy. Simply copy this text onto your next blogpost, so we can form a web of connection and kindness

****if you are not a blogger or someone i know outside of blogsville, it would probably do you well to leave some kind of contact info or something otherwise your surprise is most likely not going to reach you lol.**** 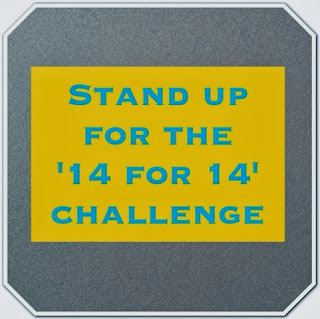 “Challenges are what make life interesting and overcoming them is what makes life meaningful.” - Joshua J. Marine


When I saw a post by Ms JB (you could visit her blog here) on the '14 for 14' challenge, I was inspired to go for it :)!! The challenge will involve me creating 14 posts for 2014 on a certain theme or something different from what I usually write about and blog about it every month. The aim of the challenge is to revive the dwindling blogging spirit and learn the discipline of "sticking-to-something". If you can join, please do.

For more Info on the challenge click here and here


Now for my 14 for 14 challenge.... I'll be writing about any of the 3L's & R - Love, Life, Learning and Relationships. In No Particular order, I'll share a bit of my Journey so far monthly in this areas. Everyone has a story to tell so hopefully it will be fun for both of us :)! Check back soon for my post for January!


P.S: I was really tempted to write about Food, Hair, My Art class, Books or Places I visit instead.

Happy New year Blogsville!  2014 is finally here-10 days and counting :)!
On my way to work yesterday I was privileged to get "front row seats" to see a  fight go down Live. I'm going to break down what I learnt/observed into 5 simple steps on the best way to fight in public
(especially in the new year); 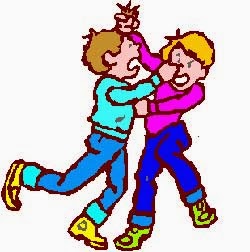 1. Be RESPONSIBLE about it! (For the sake of this analogy I'll call the men involved the offended and the offender). The offended guy was 'responsible' about it. After the initial exchange of words and tussle to all enter the same lane, He waited for the traffic light to turn red and he parked his Keke Napep and got out. LESSON: Even though he was upset he was responsible and obeyed the traffic light (silly right).

(At first, when he got out I assumed he was going to take a leak and I began muttering, with mounting incredulity, the things Naija men do.)

2. Refuse to be INTIMIDATED! The offended guy didn't measure up his opponent before getting out or maybe he did (I've heard people say that its not size/flesh but the 'weight' of ones bones that matter). He just walked up to the other guys Keke and pulled him out  by his collar.
LESSON: Believe in yourself...He felt he was Small but Mighty.

(If na me I would have just moved on and ignored the other guy irrespective of how he found my trouble. )

3. Don't GIVE UP! Keep fighting even though you look silly. Keep at it even when onlookers pity you and the merciless torture you are receiving and try to separate the both of you. The offender who obviously caused the katakata in the first place knew he could deal with the smaller guy (i.e. the offended guy) and he went ahead to do just that. He (offender) kept hitting the offended on the ground.
LESSON: Always do your best to finish what you start even at great personal costs.

4. Give it all you've got. Bite hard! Utilize all your weapons which in his case was his tongue. The Offended kept on hulling explosive yoruba insults that were provoking the other guy (offender) to finish up the fight. I should rephrase and say his mouth was his main weapon because aside abusing the guy, he was also biting him.
LESSON: Be offensive and not defensive.

5. Take plenty of RISKS. Only sissies take one risk. You have to take them in bulk! (shebi its cheaper to buy stuff in bulk- wholesale price). He took a risk on his life, his "source of livelihood"- he parked his keke on road where anyone could have hit or stolen it, his "freedom" (the police checkpoint was a few blocks away and he could have been arrested) and his health among other things.
LESSON: I can't write a lesson here with a straight face. Oh well! lets just say the lesson is... don't be limited by the norm especially in risk taking.

I couldn't stay to watch the end of the fight because I was already running late for work and the traffic light suddenly turned Green.... plus I try to pick my battles with WISDOM + knowledge of the powers behind me *wink*

But seriously, this fight was one of those silly, stupid, meaningless fights people get into and lose their lives for no just cause. I was too dazed and upset at the time of the event. 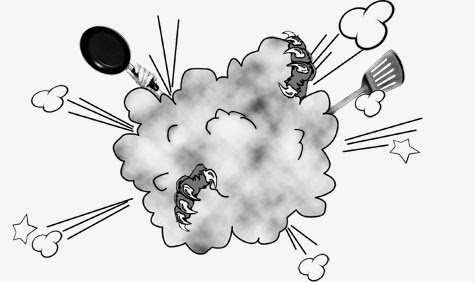 Where do you think all these appalling wars and quarrels come from? Do you think they just happen? Think again. They come about because you want your own way, and fight for it deep inside yourselves. You lust for what you don’t have and are willing to kill to get it. You want what isn’t yours and will risk violence to get your hands on it.
You wouldn’t think of just asking God for it, would you? And why not? Because you know you’d be asking for what you have no right to. You’re spoiled children, each wanting your own way.