So they were arguing again. I’ve learnt overtime not to join if I have a term paper or anything better to do but since I didn’t and the topic seemed interesting I allowed myself to be dragged into it. The thing about these arguments is that they could start off with something like “The best car to buy is a Range Rover” and end up arguing about “how Igbo girls are the finest”. It never seems to end as people keep fueling the argument with diverse opinions and most times unrelated argumentative topics. Anyways mid way into our typical argument, one of the guys blurted out that he was surely going to cheat on his wife. Whoa! I know the fidelity rates have been going downhill for a long time now but I have never heard or seen someone who has predetermined to cheat even before being ‘tempted by evil’ to do so. So it got me thinking and the short story below is the result….
Critically, she watched her husband as he got ready for work in his black designer suit, whistling an old tune. Why was he in such a good mood today? It almost felt as if he knew. They had been married for only six years but it felt like a lifetime to her. So long ago, when they had stood before family and friends at the altar and taken their solemn vows. It only took few days shy of their wedding day for her realize that all that was just a ceremony and nothing more to Lanre. Lanre taught her a lot of lessons. He was a patient teacher repeating the lessons over and over until his naïve student finally caught on.
At first she resigned to the role of the diminutive wife feigning ignorance of her darling husband’s escapades. For six years, she had tried to do everything to please him and keep him satisfied at home but it never seemed enough. He was plagued with the wanderlust. He always had to stay back and work late or go on business trips out of town he claimed but she knew better. After going to the office on several occasions only to discover that none of his coworkers were in the knowing.
He had taught her how to be a good actress. It was an art she had learnt from the master Lanre himself. She had come to know all her lines and the exact way to say them per time. To their neighbors we were the loving inseparable Mr. and Mrs. Smith. One could say they were good at keeping up appearances but to Lanre it was the real deal. The problem with him was he felt smart in fact too smart for his own good and he had never learnt how and when to draw the line.  She would have continued living like that especially since he made sure she lacked nothing, except this time he had gone too far. Haba! The landlord’s daughter!  There is only so much a woman can take.
Her judgmental thoughts were interrupted by his voice asking her to help straighten his tie. As she did it and gave him his last kiss on the cheek, she smiled because in a matter of minutes, a permanent end will come to all his charades. 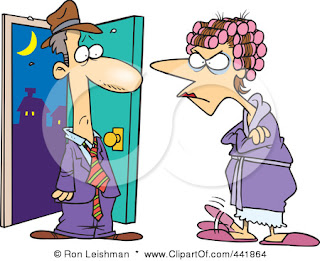 Nigeria today; In God we trust

A lot has happened in Nigeria over the past few weeks; from Boko haram to fuel subsidy removal with its resultant strike and protests but in all these God has remained faithful. He is truly Nigeria’s ever-present help in times of trouble.

So the protest against the subsidy removal has been tagged #Occupy Nigeria
Trust Nigerians to find something to laugh about amidst all the recent happenings. So here are some pictures of how some people have decided to occupy Nigeria.
﻿ The LORD will bless his people with peace Ps.29:11

Yours sincerely,
Cee
Posted by cee at 16:18 7 comments

So one of my goals this year is to be fitter and healthier. 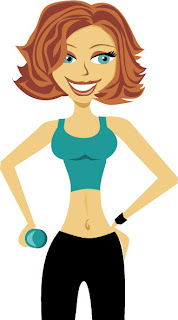 "Lord, what have I gained
if I eat wisely and well but neglect to dine at your table;
if i work out faithfully
while failing to excercise love;
if i give myself to the pursuit of fitness
yet am not fit for Your Kingdom?
Earthly disciplines fortify
the body for a lifetime.
Heavenly disciplines strenghten
the soul for an eternity."

and reading it has made me really think deeply and review that goal. What will it profit Cee to be physically fit and healthy but have spiritual kwashiorkor??! Heaven forbid! So with my healthy meals and work out plan I must most importantly remember my spiritual wellbeing too.

The New Year is upon us and this is my first post in it :)!  The holiday was great and a much needed diversion but my youngest brother has a different opinion especially since this holiday came with the burden of chores that go hand in hand with the pleasure and excitement of a Full House. 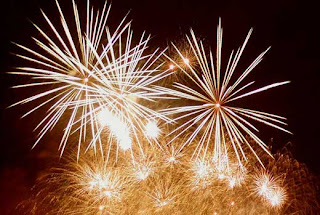 So today, the eve of school resumption, i attended my first ever bloggers event organised by Neks2u.com and Blush with my friend who blogs @ http://thegenevareport.blogspot.com/ and the event was totally awesome!

One lesson i learnt today  from Ms Bee, my newest 'soon-to-be-blogger' friend who i met at the event was Always be bold and say out loud what so ever you desire, irrespective of all the doubting thomases around you.

There was a lucky dip at the event and from the onset she kept telling me and everyone else  how she was going to win. She was so sure of it that she told me what she was going to do after she won it. And guess what? she won but was gracious enough to share some of the goodies with her  number one doubting thomas, Me :)!


So I'm going to be bold and assertive like Ms Bee :) and eagerly await and receive all the goodies 2012 holds in store.