I have a Confession...

Okay! So my action story is taking longer than I initially conceived... In an attempt to buy time and not leave my blog fallow I have decided to post a short story. Hopefully my action story will be out before the month/year runs out. Enjoy reading!

My Grandma used to make me chant,
"Stick and stones may break my bones but words will never hurt me".

Anytime I remember this, I hiss angrily at the waste of time that was. Precious time I could have invested playing with my dolls, painting or even working on my math, at least it might have paid off and I'd have gotten a B instead of the constant C's and D's.
You see, I've always hated it when people talk or say bad stuff about me. (Yes I know everybody hates it but I guess I hate it even more). I am the second of four girls, so I'm kinda used to being insignificant especially since my younger sisters are annoying twins who have been deceived by my parents and older sister into believing that the world revolves around them. Being the middle child literally means I'm stuck with all the terrible chores especially babysitting.
I had been looking forward to senior High for forever because I was moving into boarding house. Atlast my first taste of independence and hopefully love. I'm a die-hard romantic but my parents ridiculous 'house laws' plus my babysitting schedule had not allowed me explore my options. I was finally going to have my prince charming, evening love walks and all the bliss that comes with being in love.
Unfortunately, school wasn't very much different from home. Anyways, I had experience in the 'coping' department so I blended in well. Until one faithful thursday afternoon, when everyting changed or so it seemed at that time. I had come too early for afternoon prep, when I noticed a little blue piece of paper inside my wooden locker. My 'skeptical' self felt it was either a practical joke or just an 'innocent' lettter but my heart hoped for more and it got it's desire. I can still remember what was written as if it was only yesterday. The note simply read...

And that was just the begining of my daily afternoon prep 'notes'. I tried so many times to find or better still catch my admirer red-handed. No matter how early I came to class or how late I left for siesta, my admirer was always smarter. For two whole weeks I felt cherised and loved. You can't imagine how excited I got everytime I saw any guy whose name began with T. After all my research work, I narrowed the list to Tunde, Tolu, Tunji, Tade and Tayo, who became victims of my constant stares and blushes. I kept trying to make eye contact with the hope of finding which of them was my special admirer. Infact I was walking on cloud nine until the unimaginable happened. I came to class and as usual quietly slipped my hand under my locker to retrieve my customary blue note but this time the message was different. It simply read

I couldn't stop the tears even though I tried so hard. Suddenly everyting made perfect sense. All those snickering and giggling everytime I passed a red house dorm or the 'knowing' glances that they exchanged in the hallways, it now fitted perfectly well into the Jigsaw puzzle.
The final blow came later that day. I was walking to the dining hall when I overheard a group of red house girls talking. At first I didn't recognise them or the hot gist they were engrossed in. Realization finally dawned and I recognized my so-called 'friend' Ade was main the storyteller resashing my terrible ordeal with graphic and over exaggerated details.
What she said that hurt me the most and still haunts me till this day, mere words you might say, was when she said 'I don't know why Daisy deceives herself as if her tribal marks are not enough to disqualify her from ever being classified beautiful.
For two weeks. I had been the object of ridicle infact the 'scape goat' as Dbanj would say. Yes! I know they were just mere words, some written and some said out loud. Mere words that did much more than just hurt me. They simply scarred my entire existence and shredded what was left of my self image... 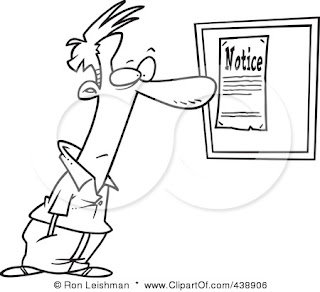 Hiya! So it has come to my notice that my wonderful blog readers (you included) have stopped commenting on my posts. You just read and then leave without even a word or phrase *sobs*. It's not fair o! especially those of you who subscribe via email... I'm honoured that you read my posts and subcribe to it but i also loooove reading your comments too.
Cant count how many people have told me sorry about the sudden demise of my friend (from my last post) that i have started feeling bad for not being clear... I lost my friend due to irreconcilable differences and not death.
Oh! By the way, I've accepted a challenge from a fellow blogger to write an action story. For those of you that know me, you are aware of my aversion for action movies, novels and stories... So this is a Big deal for me! Keep your fingers crossed...
Posted by cee at 16:05 6 comments