I went to a boarding school and like most, the dining hall was a world of it's own. It was the venue where the most embarrassing incidents and tales occurred. The two 'horrible' and 'earth shattering' things that you wouldn't want to happen to you in the dining hall were:

1) For your cutlery to fall! I don't know what the big deal was but then it was just so wrong. All eyes would be on you immediately and they'll be judging you. The eyes will automatically label you a grub, glutton, FFO (for food only) e.t.c. The judging had levels too. If it was a fork it was moderate, a spoon was worse but a Big Spoon like the one below was the worst of them all.

2) For you to get a dining hall BADGE! That's what you get when food spills on your uniform. The bigger the badge the more the shame literally. Breakfast badges were the most dreaded because you had to sit through your remaining classes with it. Only babies were permitted to get food stains. (That reminds me according to this theory, I was a baby last Saturday because I poured a whole cup of tea on myself at an induction event and I was still going for a wedding afterwards. Sad right?)

So what did the Dining hall teach me?
1. That if I remain in my cocoon and refuse to try out new things (meals) from other cultures, I'll be missing a whole lot. You won't believe it but I started eating fish and water melon in Dining hall. Imagine!!
2. How to eat fast! Aint nobody got time to spend an hour eating a meal.
3. The person with the serving spoon is very powerful
4. Punctuality to the dining hall is key if you want to actually eat
5. All that glitters is not gold. Some meals look way better than they taste

Email ThisBlogThis!Share to TwitterShare to FacebookShare to Pinterest
Labels: blog tags, challenge, Me

Top 5 Myths about Corpers (especially the female ones)

So its just been approximately four months since I started my Service year and a lot has happened. I hope to share them in bits someday. Anyways here are the myths and the reasons why they are myths:

Myth #1: Corp Members don't like their names. According to this myth, we prefer being called 'corper', 'kopa' or my personal fave "ajuwaya" which is a military term for 'as you were' (a.k.a return back to your original position; mostly used on the parade ground). However contrary to this myth, I'm yet to meet anyone who doesn't prefer the name they were given at birth to ajuwaya. I wish I could find a way to convey this message to the teachers in my staff-room; they keep yelling corper and ajuwaya in my direction *sigh*.

Myth #2: Corpers are Jobless! There are two sides to this myth.
-The first interpretation is that corpers have noting better to do at any point in time so feel free to waste their time. I get this a lot especially on general cd days and when we are made to attend seminars or lectures. Last month I got to my Lga around 8am and after waiting for two hours and the lady in question hadn't shown up I left. I went back later in the week and a lady in the office said to me "You should have waited that day because she came after you left." I asked her what time and she said around 12noon! Imagine! *angry face*

-The second side is that we are literally jobless and would do anything for a job. One day while commuting I met a man. I was wearing NYSC uniform that day so he started the convo with the usual 'corper' and 'ajuwaya' greeting. At first, I tried my best to be polite and nod at certain intervals during his monologue but it didn't last long. The major issue was that I couldn't interpret or comprehend half of what he was saying. He was speaking "English" or at least a version of it. He started hitting on me but noticed that I had zeroed out. So he goes ahead to play his trump card... he tells me that he can offer me a job in his office. For in his mind corpers are jobless so offering me a job will make me take him seriously! Joker! I can't remember what I told him but I'm sure I busted that myth for him.


Myth #3: Corpers are broke and always in need of a free ride. This myth annoys me a lot except if I am talking with my father in that case it is a FACT! Lool! But seriously I will soon pour dirty mop water on the next car and its driver which stops in front of me on the road. Ki lo de? That is how one day when I decided to do a long walk home, a guy came to chat me up and had the audacity to tell me that he can give me transport money! I just thank God for Jesus because only God knows what I would have done to the guy. The best way to bust this myth will be to go to any lga on a general cd day and see the traffic caused by corpers and their various rides or to carry out a study of the price tags of their various weaves, gadgets and toys or attend any of their beach outings/parties.

Myth #4 Corpers are enjoy being cheap labour . Do I need to explain this myth? I'm sure you've seen the job ads or broadcast messages specifically requesting for Corp members to fill in a position. Let me explain what it means... It means that the employer has a ton of work to be done but he wants to be cheap and pay less that the minimum wage. The justification is that at least he is paying more than the 'allowee' and what most schools are willing to pay. The answer to this myth is more environmental than sociological. More a case of crayfish bending because of condition. Corpers hate being cheap labour but often times settle for it when they lack alternatives. All part of the hustle.


Myth #5 Corpers are gullible and can buy anything. I cannot mention all the things and businesses people have attempted to sell to me in the past 4 months. Its incredible! If its not an MLM, its a once-in-a-lifetime opportunity or a portable gas cooker (please ask me why I need to carry my gas cooker with me everywhere o!) or an ever lasting shoe polish or some random accessory. I've mastered the 'No thank you' face. This myth has been busted several times but yet  it still exists because once in a blue moon, a corper does the unthinkable and patronizes a 'seller' hence the need to bust it again. Sad right? Oh well what can I say?


...With these few points of mine I hope I have been able to Convince you and not Confuse you that these 5 myths about Corpers are myths ;)! 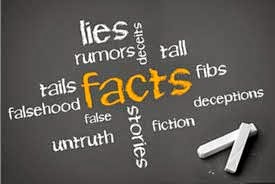