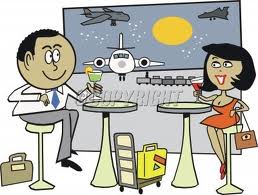 Chuks hadn't been home in ten years. He had a serious case of home sickness. He had left just after high school to further his education. Ask any medical student,in-between studying and paying bills there really hadn't been much time or money to allow him the luxury of coming home.
He had taken a direct flight from Atlanta to Lagos and was now eagerly awaiting his connecting flight to Abuja. It had been so long, but with the help of the Internet and Facebook he had been kept in the loop and up to date. Although it still wasn't the same as being around. He knew his family was proud of the doctor he had become. He was now a consultant in the renowned Reginald Cook Hospital.
He usually wasn't the friendly sort but there's something about knowing that in a matter of minutes, you'll be re-uniting with your family, that makes any man become friendly. He found himself talking and exchanging pleasantries with an elderly lady in the waiting lounge. She was like most grandmothers, happy to tell the world about their adorable grand children with pictures to validate their claims.

This is to announce the boarding of Nigerian Airways Flight AK-4799 to Abuja.

He was finally going home. He said goodbye to the elderly lady, she was travelling to Enugu. It was funny how she reminded him so much of his late Granny. He entered the aeroplane and slumped into his seat ready to take a quick nap. His plans of sleeping were quickly replaced as the most beautiful lady he had ever seen sat on the seat beside him. She had an easy smile and no wedding ring. Things were really looking up for him. The next forty-five minutes flew by as they got to know each other. Her gaiety and wit had enchanted him. He was amazed how much they had in common. She intrigued like no one had ever done. Fate had finally smiled on him.
As the pilots voice came on air, telling them they had arrived at Nnamdi Azikwe Airport, Abuja. She smiled at him and in that moment he knew that his journey home held a few delightful and unexpected surprises. 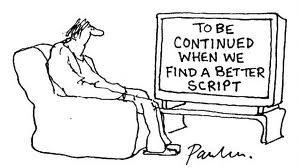 I know what I'm doing. I have it all planned out—plans to take care of you, not abandon you, plans to give you the future you hope for.
(Jeremiah 29:11, MSG)

So Random things about me;

Blame exams and advance design studio for kidnapping me away from bloggville. I thank God for successful completion of my first semester in grad school. I wrote these two short poems last year but never got round to posting them.  Hope you like them :)!