WhAt He ReAlly Did

Tade Balogun knew he was a bad father. He hadn't done right by Tara. It wasn't that he did not provide her needs because he did. He payed her fees, gave her shelter, food and other necessities. He was aware she cooked up 'money laundering' schemes but he indulged her because he didn't have the time or patience to argue or berate her. It had always been this way. She was always trying to get his attention and he couldn't and wouldn't be bothered. But in all his wildest dreams, he never thought Tara would become a replica of him-selfish and arrogant brat! It wasn't his fault that he hated his daughter. She symbolized everything he had lost the day she entered the world. He had lost -Nike-His life! Nike had begged him  to stay by her side during the childbirth but he had vehemently refused stating 'money must be made' especially with a child coming. The irony of life was he had lost his job that day and was saddled with the responsibility of a daughter with NO WIFE! Life had become bland and lacking in color and its spark without Nike. He had stopped living that day. He simply existed a shadow of the man he used to be. 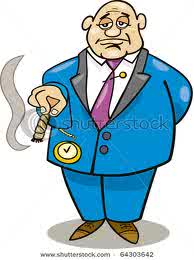 He married Sandra a year later because he was tired of the army of house-helps and nannies that had come and gone. Plus well meaning relations kept saying the baby needed  stability aka - A Mother especially since his obvious neglect for the child was apparent. They were happy when he introduced Sandra as his intended. They felt she would cure him of the malady that Nike's death had caused but if only they knew...
Sandra was out matched! she couldn't light a candle near Nike's memory thus she was an ornamental wife. Tade didn't know why but he never got over his resentment for Tara. He had really tried but the fact that she was a splitting image of her mother only worsened issues. When he saw her, she reminded him of what she stole from him in order for her to live.
Over the years, Sandra had turned into a real pain. She was no longer content to lavishly spend his money on her eccentricities. She was always looking for a reason to fight and argue. Her high pitched voice always attracted the neighbors. He was a family man and respected in church he didn't need the bad publicity and he had told her so. But  it seemed to have the opposite effects. She had totally redefined the phrase 'a nagging wife'. She blamed him for her childlessness.
On that fateful day, Tade had stomached way too much. He was about leaving for work when Sandra planted herself in his path and started her rant. He didn't know what made him do it or maybe he did- SUPPRESSED ANGER! In an attempt to move her from his path he had pushed her but what happened next he couldn't explain. Sandra was lifeless at the bottom of the stairs and his dear Tara had just come in through the front door, so she had witnessed it.

(Cee's notes: Thanks everyone for the wonderful suggestions... kept me laughing and thanks to Alfafuss for inspiring this one ;)! )